You’ll see the term “Bitcoin” popping up in the news every now and then. But what’s it all about, anyway?

Bitcoin is something called a “cryptocurrency”. OK, well what’s that then?, you might be wondering. For those of you looking for just the most basic understanding of Bitcoin and cryptocurrencies, we’ll start with she short version. 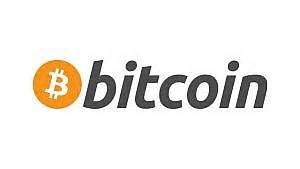 Bitcoin and cryptocurrency: the short version

Cryptocurrencies – among them Bitcoin, which (at the time of writing) is the most popular cryptocurrency – are an alternative form of currency. They are comparable to the money in your wallet or bank account.

But what can I buy with Bitcoin, then?, might be your follow-up question. The answer is: whatever someone is willing to sell for Bitcoin. Food, clothing, and real estate are some examples of things you could buy if you had enough Bitcoin. In 2010 a guy called Laszlo Hanyecz bought pizzas using Bitcoin. More specifically, he bought two pizzas – for 10.000 Bitcoins. (Which wasn’t as unbelievable as it may seem – 10.000 Bitcoin was worth about 25 dollars at the time.)

Now, there are ways in which cryptocurrencies differ from the kind of money we’re used to dealing with. But that’s something we’ll dive a bit deeper into in the long version. (This concludes our the short version of the blog. For those of you getting off here, thanks for your time and have a nice day.)

Nowadays there are hundreds of different kinds of cryptocurrency (sometimes called altcoin). Bitcoin was the first decentralized cryptocurrency, but even Bitcoin isn’t particularly old. The idea behind Bitcoin was published in an online article in 2008 (a pdf is available from bitcoin.org), and Bitcoin was implemented in 2009. The man behind both the paper introducing the concept as well as the actual implementation of Bitcoin was Satoshi Nakamoto. (However, that is commonly believed to be a pseudonym. The real driving force behind Bitcoin could be a man, woman, group of people, or an exceptionally computer-savvy hamster – we just don’t know.)

In the previous section I sneaked in the word “decentralized”. An important difference between Bitcoin and “regular” money is that Bitcoin is a decentralized currency. Bitcoin, including how much one Bitcoin is worth on any given day, isn’t controlled by a corporation, government, financial institution, etc. There isn’t a group of consultanty-looking besuited white guys who are the acting Bitcoin Overlords and who could make decisions about things like printing up more Bitcoin or adjusting its value up or down compared to other currencies.

But how does it all work?

If you have a 10 dollar bill in your pocket and use it to buy an ice cream – which also costs 10 dollars – then you simply exchange your bill for the ice cream. (And hopefully find a less expensive place to buy your frozen dairy products in the future.)

One of the problems with digital money is how to ensure that someone doesn’t reuse money, over and over again spending money they have already spent. If I have, say, a digital picture of a 10 dollar bill then I can copy up an infinite amount of them and spend the “same” digital currency over and over again.

This problem is solved using something called “blockchain”, a long list (or distributed database) of all the Bitcoin transactions that have ever been made.

Keeping blockchain going, verifying Bitcoin transactions and maintaining the ledger of transactions requires a lot of computing power. New Bitcoins are generated as a reward to those who help with this process by devoting processing power to this process. (This, as with most of the explanations in this post, was an oversimplification. If you want to know more, check out Wikipedia’s Bitcoin page.)

Bitcoin is anonymous. You don’t have to tell someone your name when buying or selling something with Bitcoin. This has made Bitcoin popular among, among others, criminals. And this possibility for anonymity has been the driving force behind the explosion of ransomware over the past several years. Regular monetary transactions are easy to trace to a source, Bitcoin transactions aren’t.

Is Bitcoin a good thing or a bad thing?

Anonymity, secrecy, or privacy aren’t inherently bad or suspicious things to strive for. Anyone who is doing something criminal probably wants to do it unseen by prying eyes. But from that it does not follow that anyone who wants to not be seen is doing something criminal. (If you, through your window, see your neighbour go into their bathroom and close the door behind them, or see them close their living room curtains, your first thought probably isn’t “Sweet-golly-gosh – there goes Jerry, breaking the goddang law again!”

The option of anonymous transactions in itself isn’t a new concept: it’s simply the digital version of cash. Bitcoin, like cash – and like anonymity – is neither a good nor bad thing in itself – it depends on what one uses it for.

And speaking of how one uses things, and more specifically how one uses Bitcoin: remember Laszlo Hanyecz, the guy who paid 10.000 Bitcoin for two pizzas? He might not think having used Bitcoin was a particuarly great idea. Those 10.000 Bitcoins, if he still had them today, would have been worth over 20 million dollars…

« What is metadata - and what can your metadata reveal about you?