What is a VPN – and why you should use one

The US was in the news again a while back. It wasn’t good news. (This time, either.)

The short version: Last year the FCC passed new rules to curb Internet service providers’ rights to gather and sell information about their customers. Things like their browser histories. Now these restrictions are being thrown in the trash.

If you’re reading this in Finland, where the paper that publishes this blog (HBL) is from, you might not think this applies directly to you. But the same phenomenon is alive and well world-wide: there are lots of companies that want to get as much information about you as they possibly can. What sites you visit. What you buy. What hobbies you have. What political party you vote for. If you have kids, and how many. Whether you prefer men or women. Etc. etc.

If you straight-up tell the companies in question that they are being creepy, and Could you please stop that unpleasantness right this second?, then they would simply answer that they are doing it all for you. (To be able to show you more relevant ads, for instance.)

So kindly asking companies to stop tracking you and gathering information about you isn’t much of an option. Thankfully, there are other things you can do. Earlier I have written about search engine privacy and learning to google without Google, about using Privacy Badger, and about encrypting your web traffic with HTTPS Everywhere. Another useful addition to your privacy toolkit is something called a VPN. 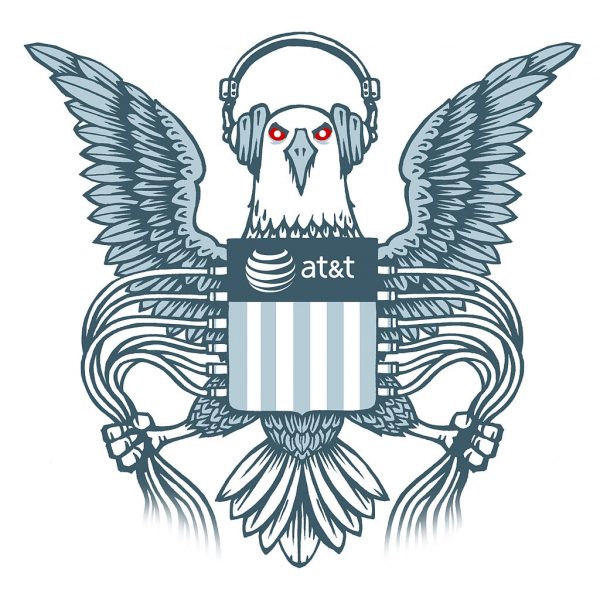 How much does your Internet service provider know about you?

What is a VPN?

In brief, a VPN (or Virtual private Network) is a service that improves your online privacy and security.

From a privacy perspective, one of the most important aspects of a VPN is that it sends all of your Internet traffic through its service. Viewed from the outside, for instance from your Internet service provider (or employer), it looks like you only ever visit one site.

The benefit VPNs seem to be most well-known for is the ability to route your Internet traffic through a different country. Or, if you are abroad, to be able to surf the web as if you were still at home. By sending your Internet traffic through a different country you can try to avoid something called geoblocking. In other words, websites or specific content that is blocked for users who are – or aren’t – from a specific country. (However, it must be noted that some companies, for instance Netflix, have started banning VPNs, so you’re likely stuck with whatever can be streamed in your country.)

Choosing a VPN – and why it shouldn’t be free

There are a lot of companies that provide VPN services. Given that all of your Internet traffic will be going through them, it’s really important that you choose a VPN you trust. Which is why I would be particularly careful with free VPNs. And by “be particularly careful” I of course mean “avoid like the plague.”

Nothing is free. If you get a product for free then that’s because whoever is giving it to you is getting something other than your money out of the deal. Like, for instance, your data. There is research that has shown that free VPNs and proxies have been up to all kinds of mischief. Like stealing login information and making people’s computers part of a botnet for illegal activities. (See e.g. a 2015 Wired article for more.) Choosing a free VPN is a very risky thing to save money on. (And even if you do manage to find a decent free VPN, actually paying for one instead helps the service provider stay in business and continue improving on their product.)

Among paid VPNs there are several to choose from. A good way to start weighing your options is to read some articles about VPNs. Here are a few to get you started:

(My goal with this blog is not to advertise some specific company or product. But if anyone’s interested, I can just mention that I myself use a VPN called “Freedome”, by F-Secure.)

A brilliant (potential) twist in an unpleasant story

After the decision that it will be possible to buy browsing histories, a crowdfunding campaign was started. The goal? Buying – and making public – the browsing histories of the politicians behind the trashing of the privacy-protecting laws.

The campaign might be a hoax, and even if it isn’t it might not pan out. But still, it does makes you wonder if the politicians in question have been using a VPN…

« Ransomware, part 2: The "No more ransom" project, and how to protect yourself against ransomware